There was some magic in the air at the Portland convention center yesterday. Everything finally fell into place and the feeling was fantastic. It will be a very important thing to reflect about having freestyle and net in the same room as disruptions from one another were constant.

To the competition now; The first match of the day was for the Open doubles bronze medals. Luc Legault and Wiktor Debski took the first game of Team Finland by a score of 15-9 as they did in the semi finals against Ben Alston and Walt Houston. But as they did the day before their intention collapsed rapidly as the Finns were playing better and better. Matti Pohjola and Tuomas Karki took the second and third games 15-5, 15-6 to add yet another podium to their brilliant footbag lifetime achievements. 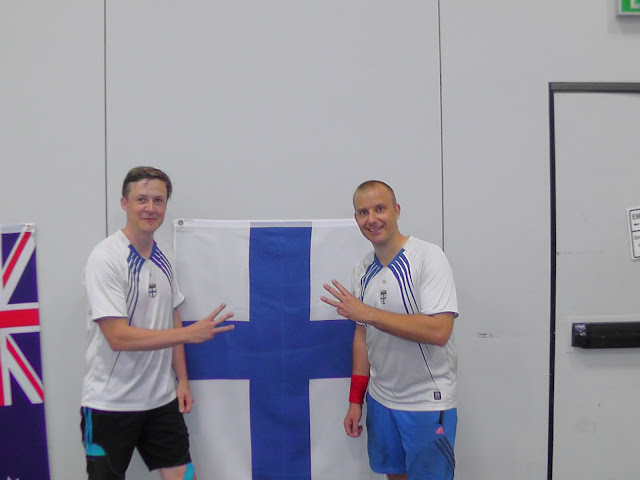 This match was followed by the Women's doubles finals opposing team Europe Lena Mlakar and Kertsin Anhuth to team North America  Geneviève Bousquet and Julie Symons. As in the previous match the momentum changed quite a few times in that bout. Team Europe took the first game 15-6 but the north americans came back in games 2 and 3 and won them 15-8 15-11 For Geneviève, who later that night got inducted in the Footbag Hall of Fame, it was a 6th doubles title and for Julie a whopping 12th in career. Julie jumped in at the last minute to replace Maude Landreville who had to have ear surgery just before Worlds and for this she couldn't fly. Symons didn't practice much in the last year and she was just planning to play masters double but she got her game back just in time and set Geneviève beautifully. Well done team North America! 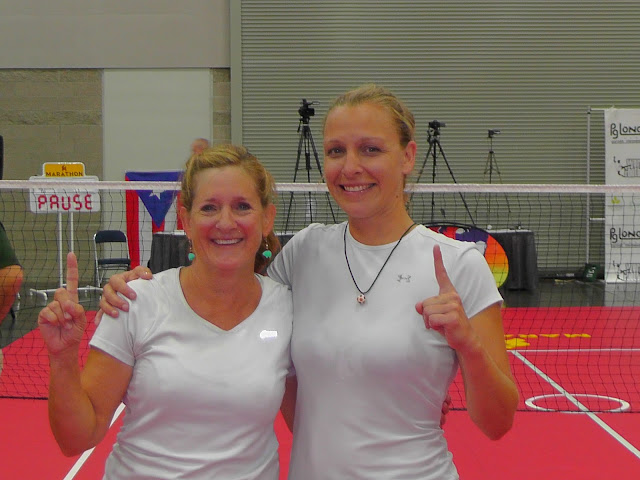 In the mixed doubles finals my teammates Luc Legault and Geneviève Bousquet were making it to the finals for the 3rd time. As per what happened previously they failed to bring the title home and pretty much took a beating from Lena Mlakar and Wiktor Debski. This was the first net medal in the history of team Poland (Debski) and the first Mixed title for Slovenia (Mlakar) 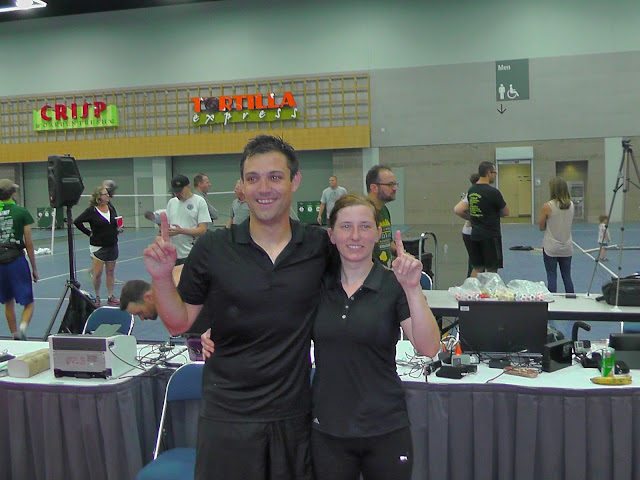 The next match is the most prestigious title in the Footbag Net World Open doubles. The favorites Benjamin Alston and Walt Houston were facing the second seeded team of François Depatie-Pelletier and Manu Bouchard. As expected Ben and Walt dominated, thanks to their big serves that François and Manu had the most difficult time to set properly and even completely missed at times. So a first doubles title at the World Footbag Championships for the Memphis team. Congrats, well played. 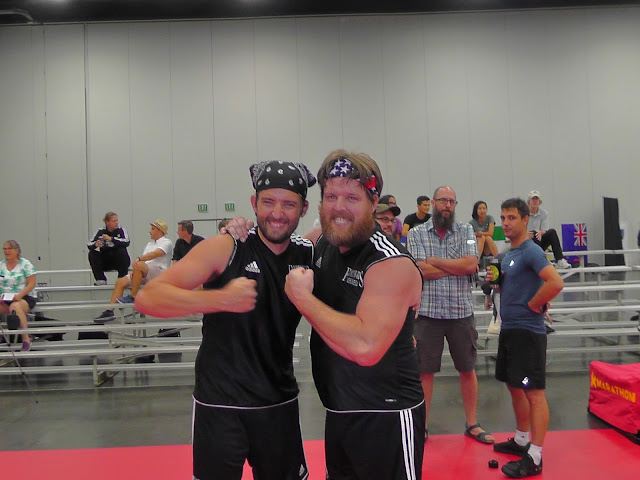 
Posted by footbagarchives at 3:25 PM